A typical feature of the villages in the Větrník micro-region is a rustic house with a porch-type entrance. Owing to its layout and architectural design, this type of original architecture attracts attention of scientists and historians from all over Europe. In the Czech Republic, this type of vernacular architecture is a real rarity.
In the Vyškov area, these interesting houses were built by German colonists. This unknown word “žudro” (porch) represents an architectural interesting feature in the form of an annex above the entrance with an arc-shaped entrance.
It is also interesting that porches appear in the Vyškov area in several layout designs. One of them is a so-called chamber-type house with porch. You can see it in Lysovice at no. 33. It is a house situated in the village square area.
Porch-type houses in the Vyškov area are also interesting for numerous types of access and lighting openings in these houses. A typical shape of the entrance took the form of a mushroom. Little windows served for airing of residential and storage rooms, while in niches there were statues of saints. The ground floors of porch houses were illuminated by little windows of various shapes. Each porch house owner gave their house a distinctive character by means of the original relief of plaster on the outside front face of the house, inside the porch house, as well as on enclosure walls facing the village square. These reliefs were created by pressing fingers into wet earth.
The house inhabitants used the house hall and porch mainly for sitting with their family members and neighbours, at handwork or for talking about events in the village. The upper part of the porch house was used as storage rooms.
Houses were decorated with small gardens with flowers enclosed by lath fences.
Porch houses were always built from earth with thatched roofing.
Some porch houses in Rostěnice were built as early as the 17th century and through the care of the local people they have almost the original form and they can be seen even now, at the beginning of the 21st century.
To see porch houses, you can go to Rostěnice-Zvonovice, Lysovice, and Kučerov. Rostěnice-Zvonovice and Lysovice are declared preserved zones. 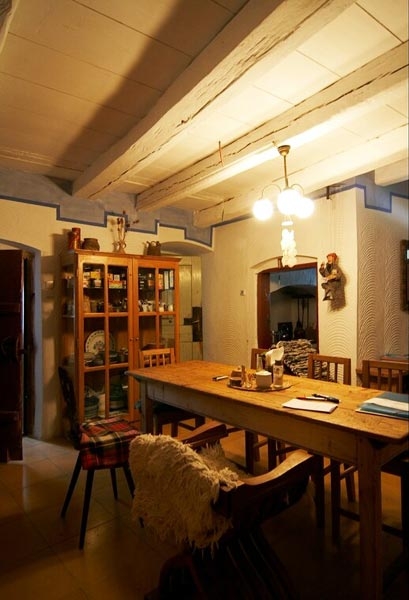 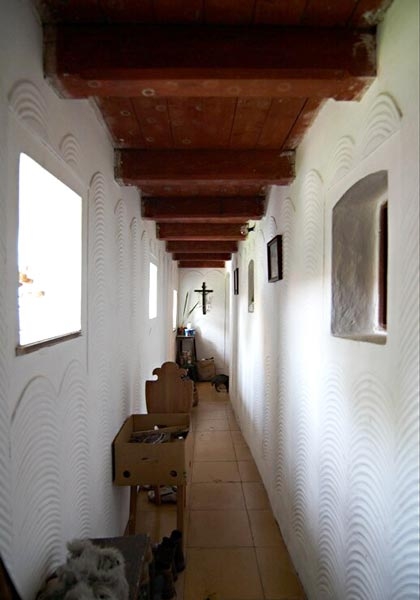 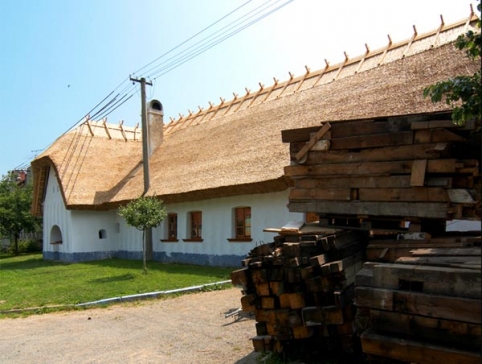 Apart from vernacular architecture, the villages of Větrník also boast of a unique nature reserve which is ranked among the most interesting natural locations in the entire southern Moravia. The rugged steppe coloured with the flowers of spring adonises, Siberian campanulas or violet irises is an excellent place for a cycle trip or a hike with a backpack. When going across the reserve, you will come across two tens of protected plant species and more than forty endangered plant species.
The Větrníky National Nature Reserve is a dry hilly steppe, which offers, on its meadows, a natural exposition of hair-like grass, low iris, coloured iris, various pasque-flower species, Pannonian catmint, fraxinella, spring adonises, Austrian milk-vetch, purple milk-vetch, Siberian campanula, and numerous other endangered and protected plant species. The whole area is continuously modelled with landslides, so the reserve surface is made up of a mosaic of ridges and depressions.
You can find the Větrníky National Nature Reserve in the territory of Letonice. The area of the reserve is nearly 30 hectares. 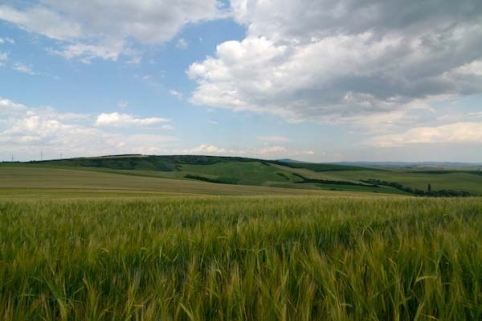 The Ve Žlebcách Nature Reserve is situated in the east of Pavlovice. The original composition of mixed forests with various herbs offers pleasant routes for romantic walks. You can meet a common toad among Turk’s cap lilies, lungworts and wildflowers.

On your tours between Bohdalice and Manerov, you will come across a lookout tower from which you can see even Olomouc if the visibility is good.