TRIPS IN THE SURROUNDINGS

The Renaissance chateau was built in the 15th century. Legend has it that Lord Jan Šembera Černohorský of Boskovice originally wanted to convert his castle to a Renaissance residence, but the structure was destroyed every morning. It was round dancing of devils that destroyed the conversion. Therefore, Jan Šembera decided to built a completely new residence.
www.bucovice-zamek.cz

Slavkov u Brna (Austerlitz) is recorded in the world history with a battle of three emperors. In December 1805, a united Austrian-Russian army stood on the meadows between Šlapanice and Slavkov against the army of the French emperor Napoleon I. You can see Napoleon’s most famous victory every year in early December during a reconstruction of this important battle.
The present chateau in Slavkov, now in Baroque style, dates back to the 13th century. In the 21st century, visitors can see the chateau in several tour routes. The chateau also offers a tour of the underground with a historical exposition of the town of Slavkov.
www.zamek-slavkov.cz
www.austerlitz2005.com/cz/stezka 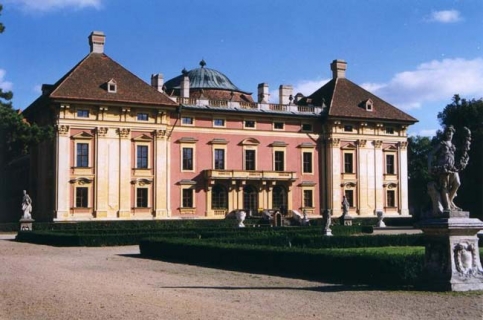 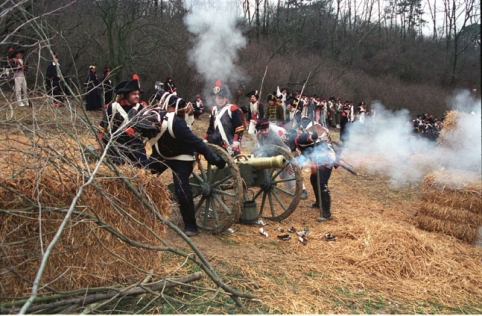 The swimming pool in Luleč is spun with an old legend about Princess Libuše who watered her horses at the well in the places of the present swimming pool. According to this legend, the well with pure spring water was named after Libuše.
In the last century, a natural swimming pool with an area of 6,400 m2 was built in this place. The source of water is underground crack water. In the U Libuše swimming pool facility, you will find three grass beaches, diving platforms, chutes, conveniences, and a playing field.
www.lulec.cz/index_soubory/Page806.htm 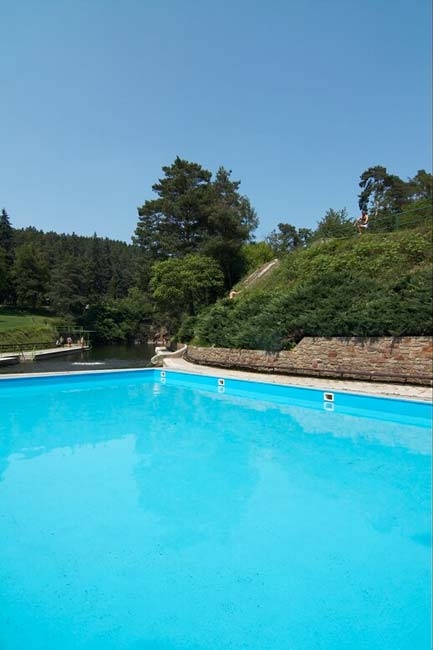 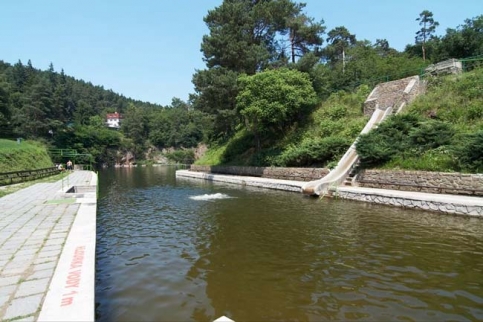 Dinosaurs move also the present world. The Dinopark in Vyškov offers the most realistic look into prehistory. On the area of 3 hectares, you will find tens of models of prehistoric animals, some of which biting tree leaves, some producing ferocious sounds. Young archaeologists will be impressed by a palaeontological playing area, the lovers of virtual worlds by a 3D cinema. From the Dino shop you can get Dino monsters to play with. If you prefer live animals, then the tour of Zoopark in Vyškov also includes a zoological garden full of domestic and exotic animals.
www.dinopark.cz/vyskov/
www.zoo-vyskov.cz 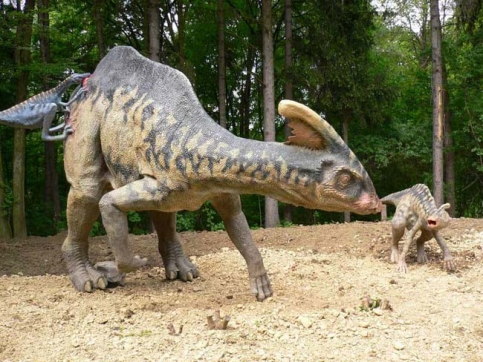 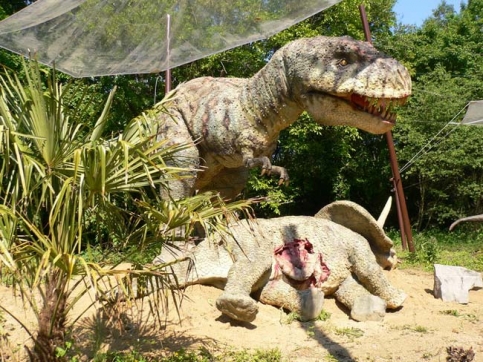